Despite only living a few hours from Mount Washington I had never hiked it. I think in part I was always intimidated by the peak. On my latest trip home to Maine however I made a trip to the White Mountains, with my sister and brother-in-law, to finally hike the fabled Mount Washington. To be honest the trepidation of my youth was quelled by the fact that a 6,288 feet summit seems small compared to over 10,000 foot peaks we hike out west. However, despite its seemly petite stature, Mount Washington can pack one hell of a punch to unsuspecting hikers. Mount Washington is a peak of extremes. One of the highest wind speeds on record was recorded here on April 12, 1934. The 231 mile per hour gust held the world record until April 1996 when Tropical Cyclone Olivia passed through Barrow Island, Australia. To this day Mount Washington still holds the highest wind speed not caused by a tropical storm or hurricane. Even on an average fall day wind speeds can exceed 100 miles per hour and snow squalls can materialize out of blue skis. Mountain Washington is not a place you want to be caught without the right gear. In addition to its extreme weather Mount Washington, like many other east coast peaks, is one heck of slog. Trails in the west have switch backs, trails in the east go straight up. For a good portion of many east coast hikes you will be climbing hand over foot, grabbing onto roots and chucks of granite in order to progress on the trail. Mount Washington is no exception and all routes to the summit require some amount of scrambling. Any struggle is worth the reward when you reach the top. From the summit of Mount Washington views of the presidential range spread out in all directions, and on clear days it possible to see the ocean.  The summit of Mount Washington can also be reached by car or the cog railway. It is a bit jarring to reach the summit after a long hard hike and be surrounded by cargo short wearing tourist clamoring for a summit photo. I shall reserve my judgment however. I am glad that people come from so far to enjoy this mountain, whether by foot, car, or train.

I’m glad I was finally able to make the trip myself. We lucked out with the weather, despite the fact that two days prior the wind was clocked at over 100 mph! On our hike we enjoyed warm sun, wispy cloud cover, and just a touch of fall chill. It was a beautiful day to hike Mount Washington. 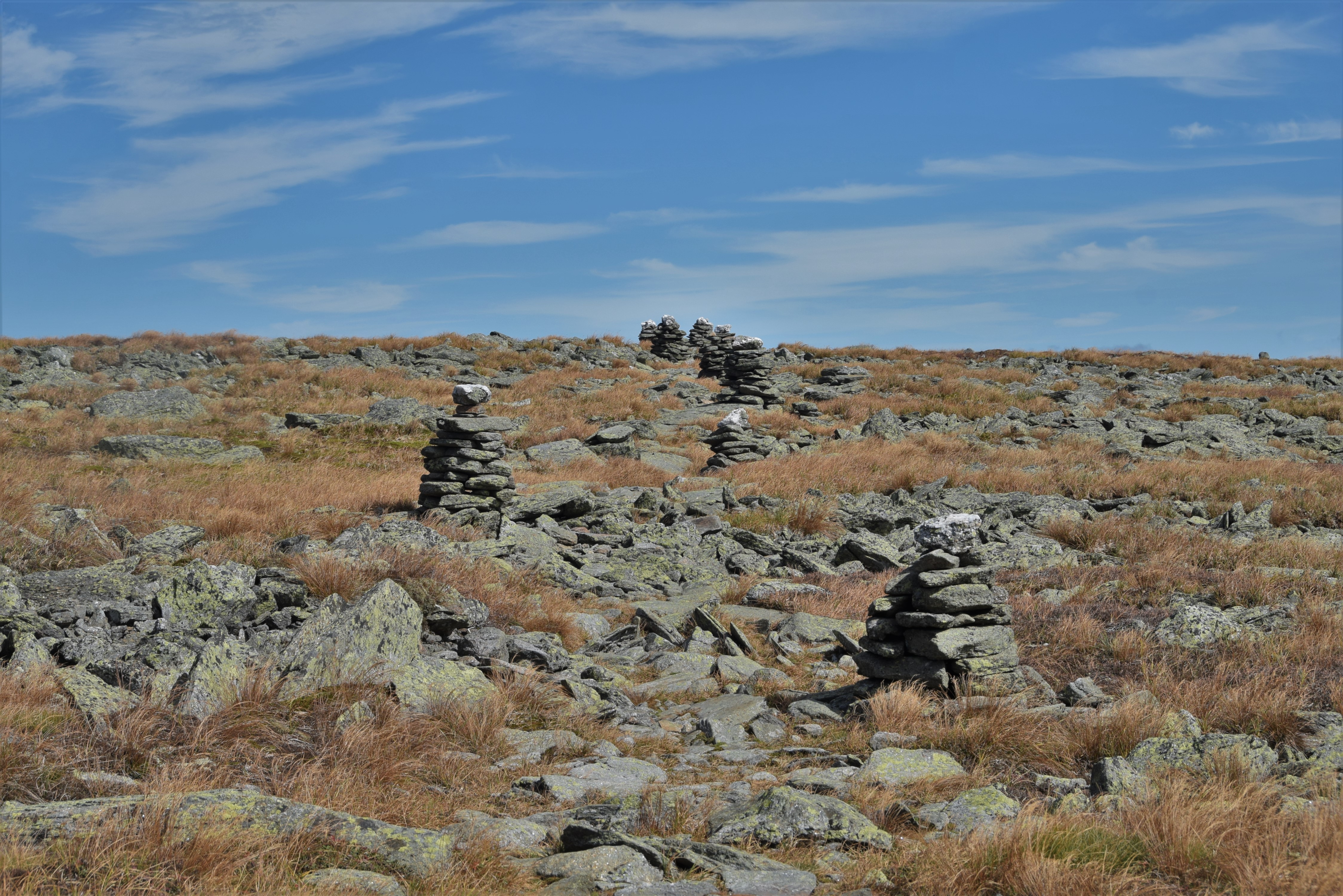