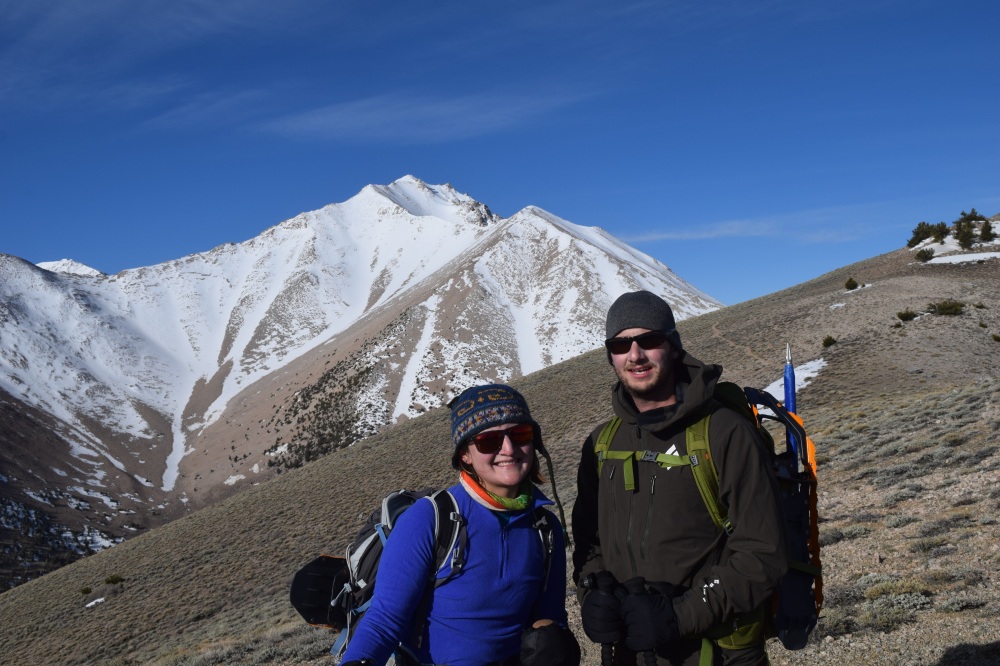 At 13,146 feet Boundary is the highest peak in Nevada. It is located in the white mountain range east of Benton California and west of nothing at all Nevada. We took Queen Mountain Road off highway 6 just east of the California/ Nevada border. Interestingly enough the vacant building across from the turn used to be the location of a brothel; welcome to Nevada. The road was not as bad as some reports had lead us to believe. There are many old mining roads in the area but the main route was well worn and easy to follow.

Because we had a high clearance 4X4 vehicle, and because it shaved off 2 miles of potentially blurry eyed hiking in the morning we decided to drive up to an exposed saddle which is also the official start to the trail. As we opened the car doors we were greeted with howling wind which is always uplifting when you know you still have the task of setting up a tent. Luckily the large 4 runner we drove provided the perfect wind break. We clustered our tents as close as we could to the vehicle and to each other and promptly feel asleep.

Luckily the wind had died down a bit by morning. The first few miles of the hike are pretty straight forward. The trail follows the prominent ridge line and the view of boundary peak quickly become visible.

When the peak of a non-technical mountain is visible and the route is easy to visualize, the only thing keeping you from the top is not stepping one foot in front of the other. For me anything above 12000 feet can make those steps seem just as challenging as any technical climb I’ve done at lower elevations. This is where the rhythm in my breath and step becomes so important. Count 20 steps up take two deep breaths, count 20 steps up take two more deep breaths. As I continued weaving around huge boulders and navigating steep inclines of hard crusted snow, the peak got closer and closer. Then something happened that often happens on a strenuous hike, a song got stuck in my head. Maybe it was the stark lonesomeness of the Nevada desert, maybe it was the wind whispering melancholy in my ear but I began to match my pace with Chris Isaac’s ” Wicked Game”. Instead of frolicking on a beach I stood at the top of the 13000 foot peak as gusts of wind caressed by high performance down jacket.

The soft crooning of Chris Isaac stayed with me for the decent. As I got lower in elevation I may have even started to sing a bit myself. The only thing that could have made the scene more cathartic would have been if wild mustangs were running through the sage brush below us. Unfortunately we did not see any of the wild horses on this trip, although they are known to show up on the trail to Boundary peak regularly.

Boundary should be on any peak baggers list, its easily accessible, geographically significant, and beautiful. What a wicked game; it will make you fall in love. 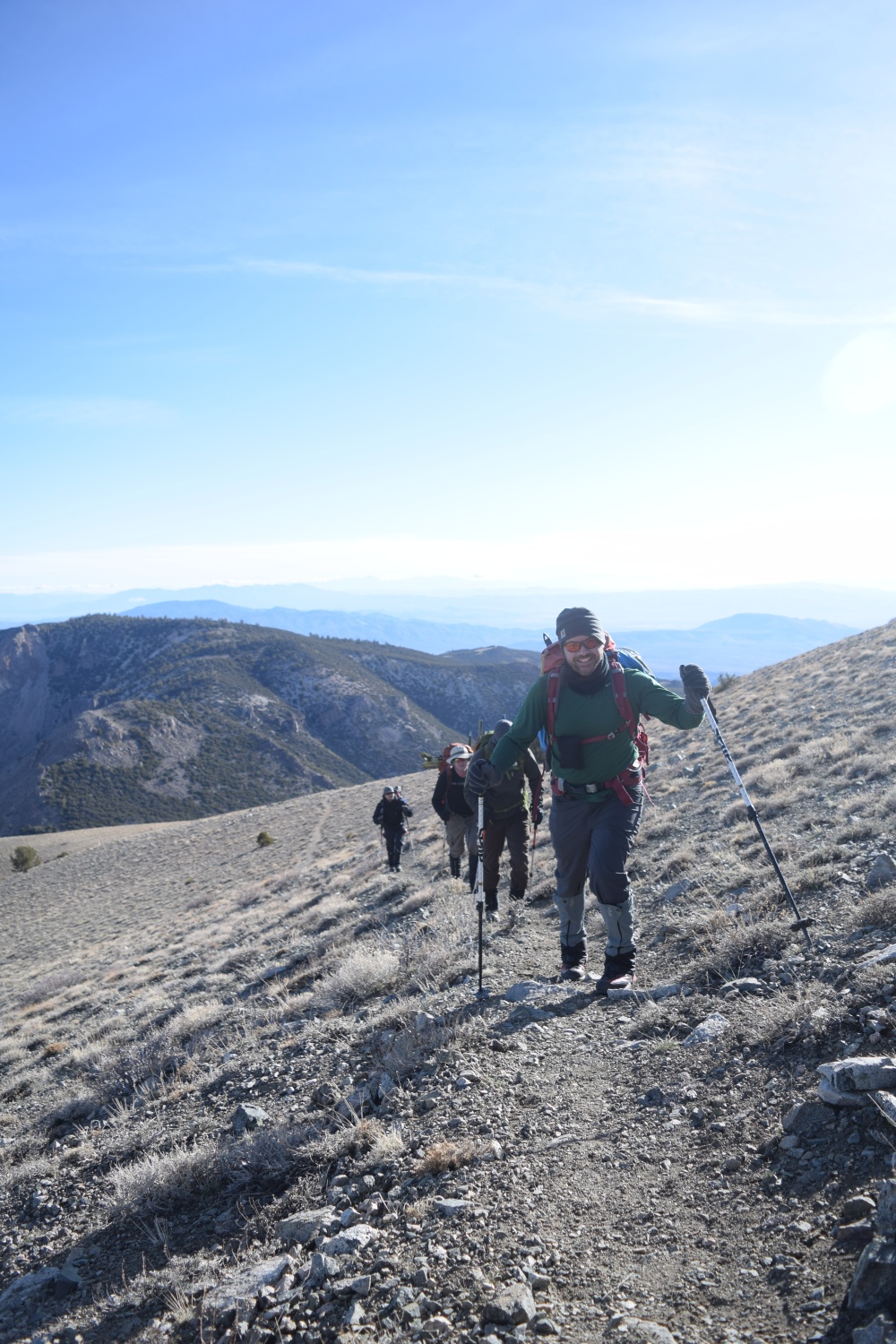 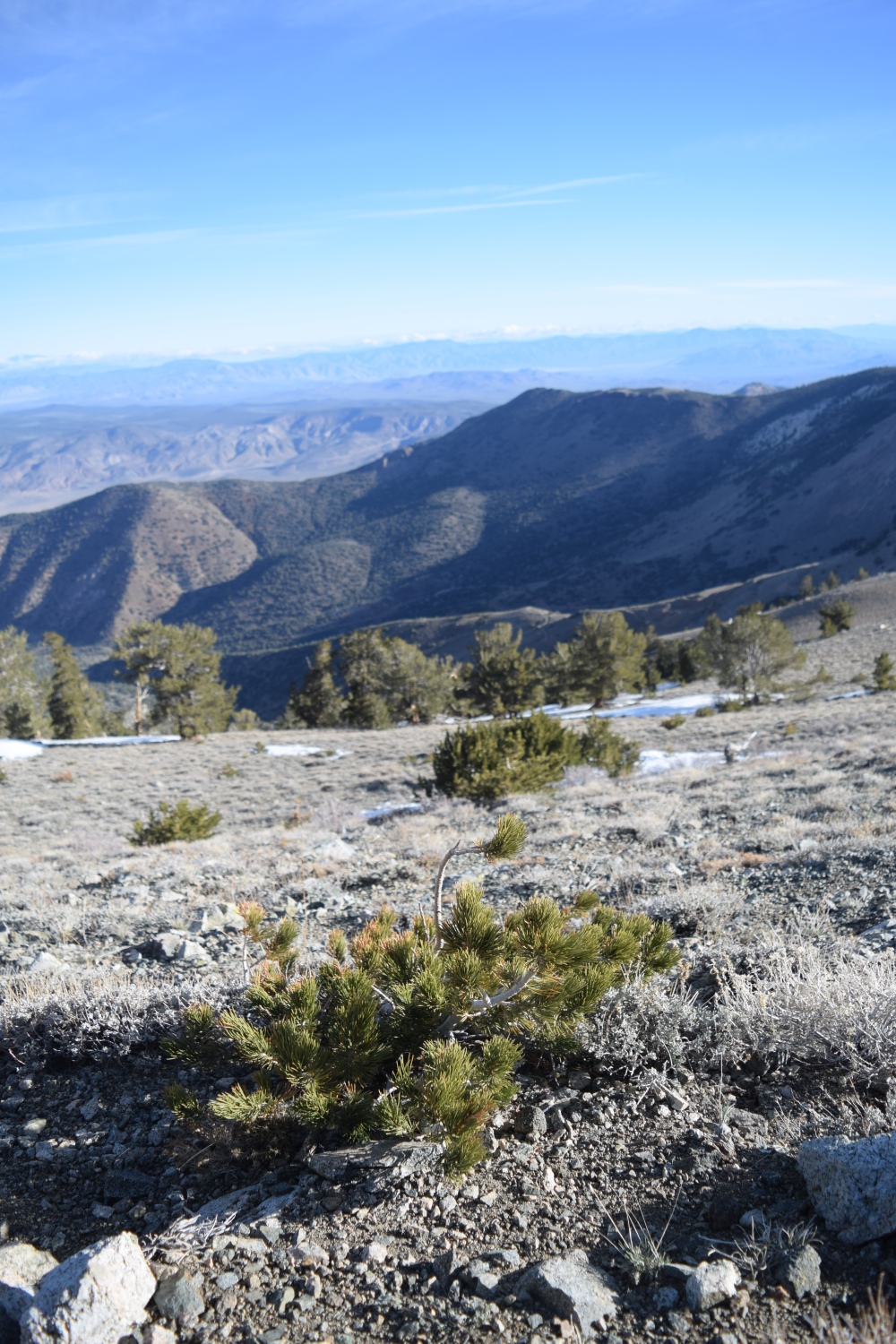 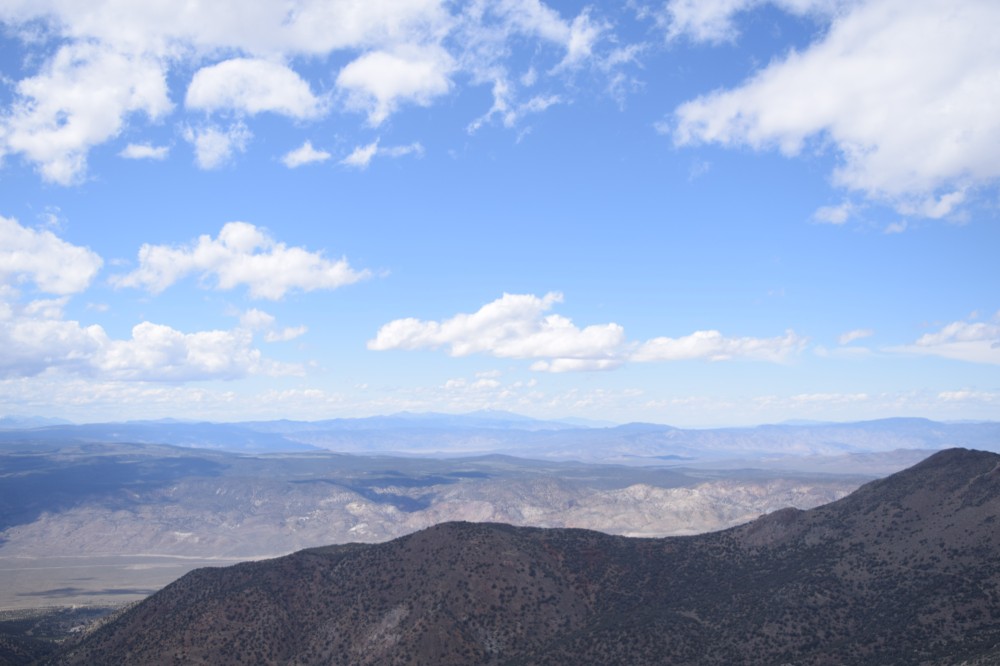 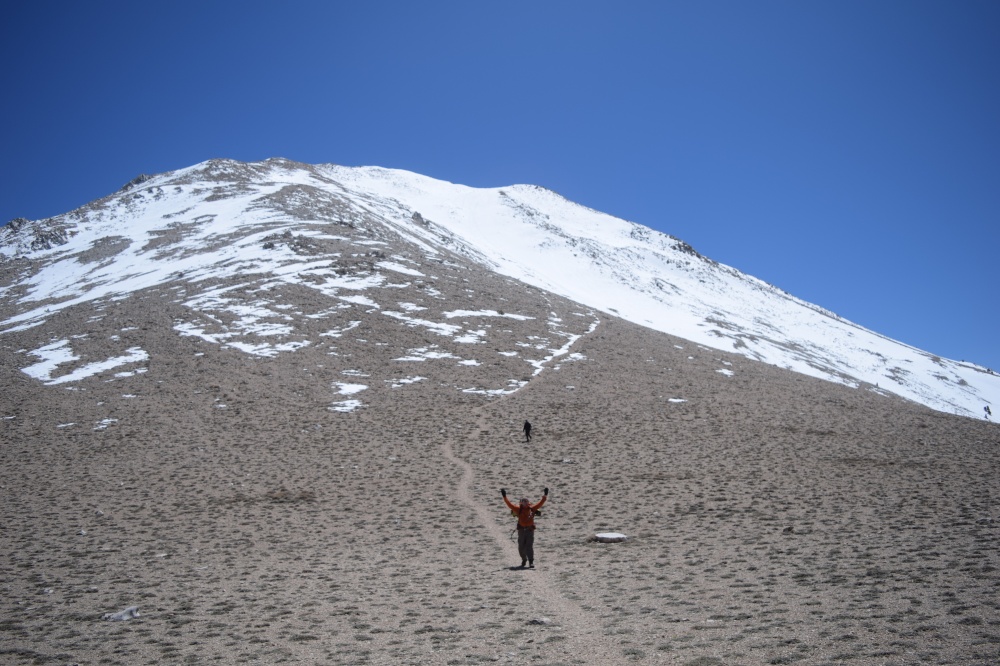 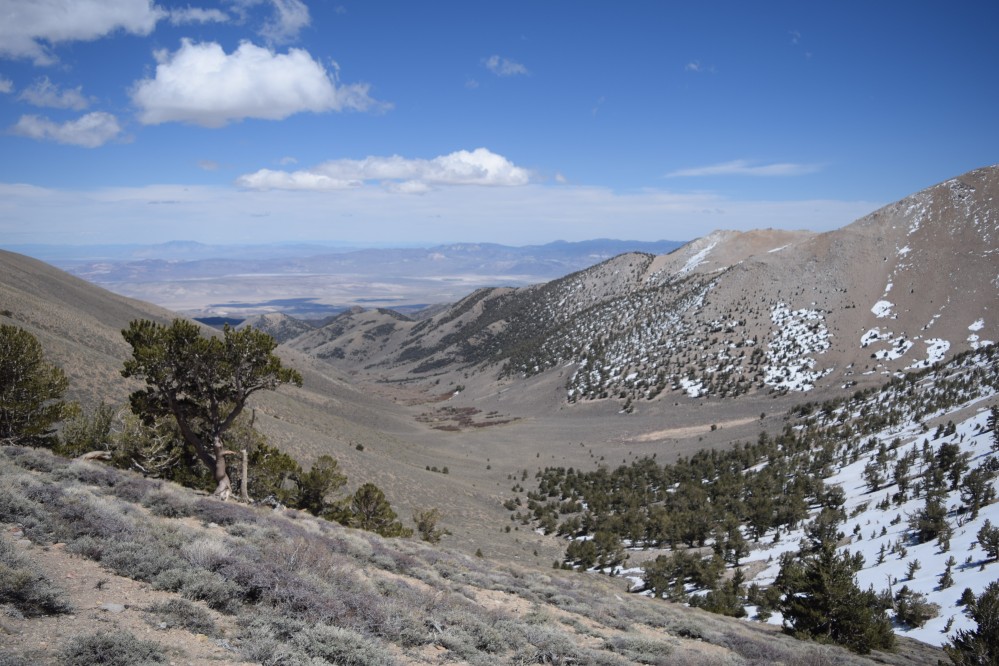 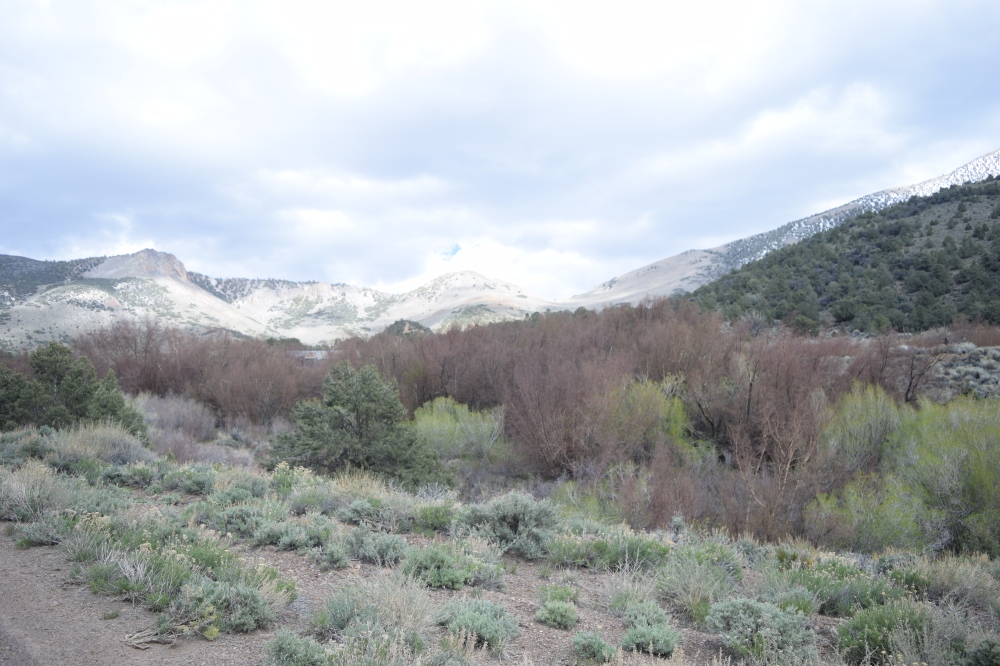